The “but if nots” are difficult words to say because they indicate that even when God’s will does not align with our own, we still follow. Fear won't win.

They are three words that indicate the desired journey may not be the actual journey. And because of that, those are three words throughout history which people have tried to avoid. The Israelites were no exception to this. After being delivered from slavery, each challenge they encountered was met with murmuring and complaining. They wanted what they wanted from God in the way they wanted it – any alternative wasn’t acceptable. It never seemed to matter that God’s way was better. Instead, they wanted “easy” and to them, “straight-forward.”

This way of thinking made it all the way to their arrival at the promised land, from God. Upon surveying the land, they refused to enter because they perceived their opponents to be stronger and of great stature.[1] They had God – what was there to fear? But fear has a way of clouding the mind and its judgement. And so, they wept, and in anger, frustration, and pain declared they should’ve died in Egypt. They wanted to know why God would do this to them.[2] And the irony is that – we’ve all been there. We know what its like to fear the outcome, even if God tells us it will be different, as a trust in God is shaken and our faith weakened. But why?? Why does this happen?

I think the story of Shadrach, Meshach, and Abed-Nego can provide some insight. Shadrach, Meshach and Abed-Nego lived during a time where God allowed the Israelites to be captured – again. These three friends were among the men picked to serve in the king’s palace. Daniel was also included in this group.  During their time in training, Daniel contested the food being served. He and his friends did not want to eat the King’s food or wine, opting for healthier versions. When questioned, Daniel proposed a test of 10 days to see who would fare better. Daniel and his friends won that challenge, being healthier in appearance than the others, and everyone’s meal plan was switched. [3] A bold victory – probably one of many.

These victories are the stories we like to read about – the spiritual wins. Yet, two chapters later, in Daniel 3, King Nebuchadnezzar had forgotten all the ways God worked through Daniel and his friends and instead decided to make an image of gold – 90 feet tall to remind everyone of his greatness. He required that all bow before the image. Daniel doesn’t appear in this story; nevertheless, Shadrach, Meshach, and Abed-Nego chose not to bow. Faced with the punishment of death by the fiery furnace, King Nebuchadnezzar not only questioned if they would be willing to go into the fire but asked “And who is the god who will deliver you from my hands?” Their response was this:

O Nebuchadnezzar, we have no need to answer you in this matter. If that is the case, our God whom we serve is able to deliver us from the burning fiery furnace, and He will deliver us from your hand, O king. But if not, let it be known to you, O king, that we do not serve your gods, nor will we worship the gold image which you have set up.” – Daniel 3:16-18

The Will of God

Three key words summed up the faith of these three friends – “but if not”. With those three words, they acknowledged that the will of God and the power of God were not one in the same. God could save them, but it was His choice, and no matter the choice, they would not forsake Him. Those three words and the sentiment that followed served to demonstrate to us the ability to have trust without fear and faith without doubt. The “but if nots” are some of the hardest words to say but are filled with such power, because they indicate that even when God’s will does not align with our own, we will still follow. We cannot be broken; our lights cannot be dimmed.

SO WHY DOES OUR FAITH WAVER?

Because too often, we believe that our will must supersede God’s will. In our version, there is no pain, there is no suffering, vengeance is immediate, and sorrow is mitigated. Left up to us, we arrive at the promised land without having to depend on God to clear any roadblocks. This type of thinking, however, is dangerous, because this type of thinking instills fear. There is nothing wrong with not wanting pain but, but there is something very wrong with doing anything possible to avoid it.

When we let the fear of the journey God has asked us to take dictate our actions, we have given away our freedom, our power, our happiness, and our ethical standing to become slaves to a new kind of prison. The powers of darkness win, and we never find the peace and joy that God intended for us to have. Our vision becomes cloudy and we lose sight of all that He has done because we’re too afraid of what will be required of us.

SO WHAT HAPPENED TO THE ISRAELITES?

God sent them away from Canaan – to wander in the desert for forty years so that a generation of disbelievers would not enter into the promised land[4].  I don’t know if the Israelites thought about the consequences of inaction or diverging from the path God outlined for them, but we must remember that decisions we make against the will of God to avoid pain can lead to even greater suffering. If we’re too busy trying to rationalize our emotions – to apply logic to our doubt – we run the risk of forgetting that God’s ways are not our ways[5].

And what happens to us?

Instead, to tackle fear, we must realize that trusting God means trusting His logic over our own. It means going when He says go and staying when He says be still – even if we don’t understand. Trusting God requires a continual commitment to engaging with Him, to seeking strength through tribulations, and to acknowledge when we have gone astray. Furthermore, we can never forget that while God’s timing isn’t our own, the greatest blessing is that our limitations are never His. Nothing is beyond His reach, but if not, if He so chooses not to meet us on the bridge of our heart’s desires, it doesn’t mean that we’ve been abandoned. God is with us every single step of the way providing for all of our needs, including the ones of which we are not aware.

And not only that, but we also glory in tribulations, knowing that tribulation produces perseverance; and perseverance, character; and character, hope. Now hope does not disappoint, because the love of God has been poured out in our hearts by the Holy Spirit who was given to us. (Romans 5:3-5)

Fear is Not Welcome Here 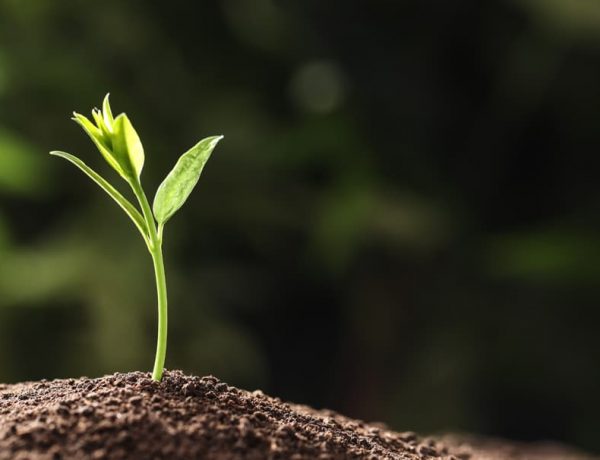 A Time to Heal

Allowing Your Life to Break Apart